The internet would have you believe that incubating and brooding Coturnix quail is difficult. I’m here to let you in on a secret… it’s not.

Forget fumigation and floating techniques. It’s really no different than incubating a chicken egg. The only difference is that it takes less time and you might as well forget about candling. You simply pop your eggs in the incubator and start the clock (well, if you have an egg turner, otherwise you do have to turn them).

Coturnix quail go from being an egg to laying eggs in 8-9 weeks. Crazy, right? The first 17 days are spent incubating and days 18 and sometimes 19 are spent hatching. Much like chickens, there is no calendar in that egg, so quail chicks may begin to arrive as early as day 16 and as late as day 20. If you have chicks hatching before or after that window, you will want to confirm that your humidity and temperatures in the incubator are accurate.

Humidity levels are one of the first issues with incubating your Coturnix quail eggs. Less is more. In fact, many people have great success doing a dry incubation with their quail eggs. If you choose a humid incubation, aim for 45% humidity for the first 15 days and increase to 65% for the final three days.

If you do not have an egg turner (which is a highly recommended investment if you plan to hatch quail eggs with any regularity), eggs need to be manually turned at least three times a day, though five times is better. Marking one side of the egg with an X and the other side with O makes it easier to confirm you’ve turned them all.

Although you can try to candle as early as day 6, I personally never could see anything and stopped looking. My method is to let them sit in their turner until day 15 and just let them do their thing. On day 15, when I remove them from their turner for hatching, I hold them in my hand for a moment or up to my ear. The shells are very thin and often you can hear or feel them moving inside. I also noticed that infertile eggs weigh noticeably less than fertile eggs. Of course, if you are unsure, just let them stay in for the duration. Quail eggs have less risk of exploding than chicken eggs.

I had read that hatch day was like watching popcorn popping in the microwave. Not much happens and then all of a sudden they all get popping out at once. There is some validity to that, but it’s not 100% accurate. There are always a few that are early to the party as well as several that are late to arrive. The ones in the middle do seem to go from unpipped to out at a startling rate. I’ve looked in and seen no action whatsoever and then an hour later looked in to find a dozen running around. Quick little buggers they are.

Once everyone is hatched and fluffy, it’s time to move on to brooding. Remember to have your brooder set up several hours in advance so it has time to warm before the chicks need to be moved.

Much like the incubation process, brooding Coturnix quail is not any more difficult than brooding chicken chicks. I think people get nervous because the chicks are so tiny. I’ll admit that it seems a lot could go wrong with a chick the size of a half dollar coin. The biggest fear I had was making sure none had died and I hadn’t noticed. Quail are usually hatched in large batches and it’s a challenge to count 50 chicks that look exactly the same. Mine are grown now and I still have trouble doing head counts.

You may think that a brooder for such a tiny bird could be small, and you’d be correct for about a day. Coturnix quail do everything quickly and growing is no exception. Although they will look dwarfed in a large brooder for the first day, by the end of the first week, they’ll be wing to wing. Your Coturnix quail will look considerably different at the end of the day than they did when you woke up that morning. 6″ square per bird is adequate, but the larger the better.

As with any chick, feed and water need to be made available at all times. Water containers need to have marbles or rocks in them for the first week to prevent drowning. After the first week, any shallow water container will work. Quail need to be fed a high protein feed to keep up with their rapidly growing bodies. I like to use turkey/gamebird starter for the first 4 weeks, which is 28% protein content. Unfortunately, it’s hard to find this starter in mash consistency. It often comes in crumbles, which is too large for quail chicks. I purchased a coffee grinder at a thrift store and use that to grind the crumbles for the first two weeks. After two weeks, the quail seem to be able to handle the size of crumbles.

Temperature needs for brooding Coturnix quail seem to vary depending on the time of year and where you live. The general consensus is that they should be kept at 95ºF for the first week and lowered by 5º each week. I’ve successfully gotten away with less. Most texts say that you need to keep lowering the temperature weekly until the brooder temperature is the same temperature as where you will be housing them, but I haven’t found that to be true.

I removed the heat at three weeks old (so they were at 65-70ºF) and moved our quail outdoors at four weeks old. I had a heat lamp on in their outdoor housing and none of them used it, even on colder days. In fact, on their 5th day outside it was raining cats and dogs and they were out in the rain scratching for goodies. I think they are hardier than people give them credit for.

Regardless of where you live or what time of year it is, your Coturnix quail will be ready for their new home by 5 weeks. They’ll also be preparing to start laying at that same time. Find out why we raise our quail on the ground instead of in raised cages.

If I can homestead where I live, what's stopping you?

My name is Jessica Knowles. I live a nearly self-sufficient lifestyle with my three beautiful children on 5 1/2 acres in Maine. We raise Nigerian Dwarf goats, ducks, and chickens, and we grow as much food as we can. What we can’t grow or produce ourselves we barter for. If we can homestead where we live, what’s stopping you? 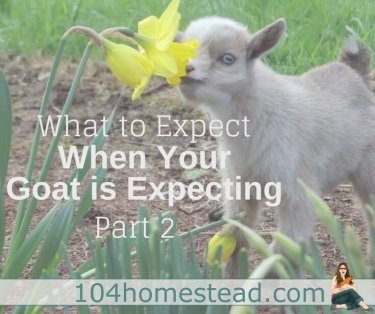 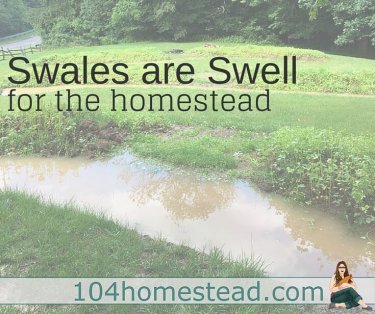