Spraddle leg, also referred to as splay leg, is a condition where a chick’s legs “splay” out to the sides. One or both legs may be affected. Often it occurs from brooding chicks on a slippery surface such as newspaper. Other causes include incubator temperature issues (if a large number of chicks are affected at hatch, this is most likely the cause), vitamin deficiency, or being in a poor position in the egg. All poultry are at risk for spraddle leg.

If you search for solutions to spraddle leg on poultry forums, you will see suggestions for securing the legs in place using bandaids, medical tape, or string. The Chicken Chick likes to use VetRap for easy application and removal. The idea is to allow the legs to strengthen in the proper position. Spraddle leg can usually be fixed with no long term effects as long as it’s dealt with early.

But what if the bird is too tiny?

We just wrapped up a hatch of quail. These little dudes are about the size of a half dollar when they break free of their eggs. The hatch occurred over the course of three days, with the last one coming almost a full 24 hours after everyone else. This last one was having a lot of trouble finding its feet and frequently tipped over onto it’s back or side. It had most likely outgrown the egg shell since quail grow at such an astounding rate. Since it was so tiny, using traditional methods for spraddle leg weren’t going to work. Trying to attach anything to legs the size of tooth picks would have resulted in more harm than good.

Instead, I pulled out a pint glass from the dry bar. This trick I’m about to tell you about will work with all young poultry, but you will have to tailor your drinking glass to the size of your bird. First, stuff some paper towels in the very bottom of the glass so it looks like a nest. Then, place your spraddle legged chick inside the glass. Enjoy an hour-long TV show (I watched Arrow) while your chick does its Physical Therapy. The chick is nestled into a standing position by the sides of the glass and the paper towel. Obviously, the chick will want to pop out of the glass, so it will push and push with it’s legs to get over the edge. This strengthens the legs while they are in the proper position.

In severe cases, it may take a few sessions of drinking glass physical therapy to repair the damage. For our little quail chick, one session was all it took. The chick was separated from the other quail for the night because she was smaller and still balancing on her hocks. The next day she was ready to join the group. The only indicator now as to which quail chick it was is that the affected chick is smaller than the others (due to hatching late).

Make sure you are paying close attention to any chicks affected with spraddle leg. It may be neccessary to keep them separate from other chicks so they do not get trampled or picked on. It also helps in monitoring their food and water intake. Chicks with spraddle leg often cannot access water and food independently and are at risk of drowning in waterers. Although chicks can survive without food for the first few days of life, water is essential in their recovery and overall health. Save-a-Chick should be added to the water of any chick that is having a rough time after hatch. If you incubate your own chicks or order day old chicks online, it’s wise to have Save-a-Chick in your arsenal just in case.

Previous Post: « Planting Potatoes in a Back to Eden Garden
Next Post: Seed Saving 101 – An Encyclopedia of Seed Saving » 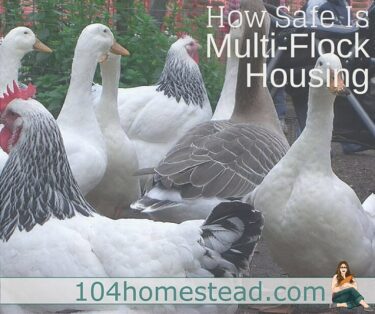 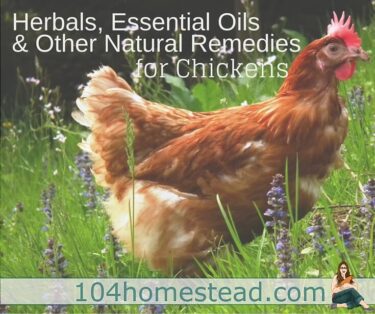 Homemade pizza and game night. I love this time wi

Little kitten face is helping me grade my son's al

I don't know this for sure, but I feel like the mi

These two warm my heart. Working animals at rest.

Working on some face scrubbies. Pattern is a free