A friend of mine just shared a picture of her “extra chick” that came with her latest hatchery order. I’m sure you’ve been seeing them all over Facebook and the chicken forums. Everyone wants to know, what kind of chick is this? Did you know that one of the best ways to identify a chick, or even an adult chicken, is by its feathers and its comb? 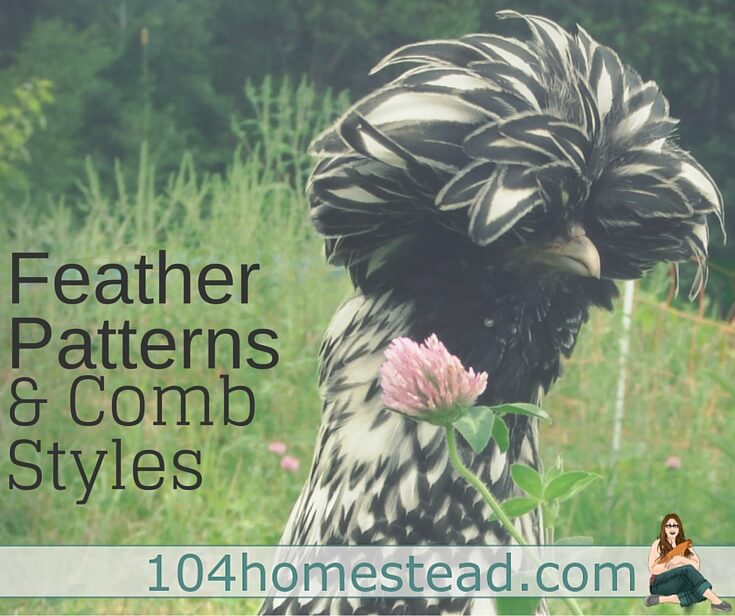 Two breeds of chicken that seem similar to the average backyard farmer are then Dominique and the Barred Rock. Both are large breeds with black and white stripes. I use the comb to tell them apart, but their feathers are different as well. After we go over the comb and feather styles, I’ll show you pictures of both and you will see how different these breeds are.

There are 8 types of chicken combs. Some are very similar in style. 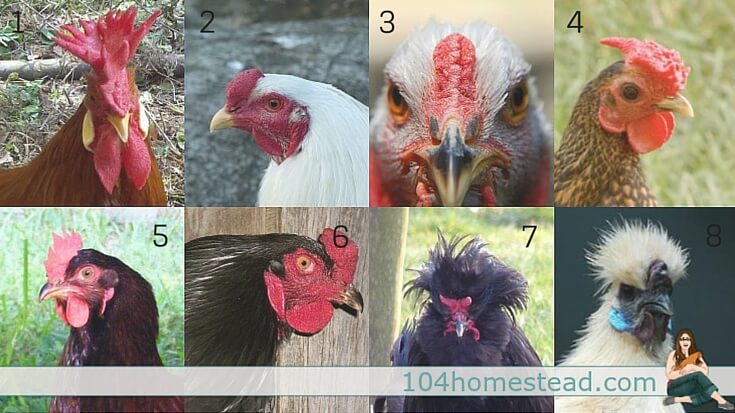 The cushion comb is similar to the rose comb, but cushion combs are rounded and smaller than the rose. They also have no point. Breed with a Cushion Comb: Chanteclers

Pea combs often have 3 rows of peas side by side, although sometimes there is only 1 row. The peas are little bumps, usually quite uniform in shape and size. As the bird matures the comb grows, sometimes losing its neat, ordered appearance and becoming a large blob on its head. Breeds with Pea Combs: Ameraucanas, Araucanas, Brahmas, Cornish

Rose combs are normally flat and close to the bird’s head. Sometimes it will form a point and extend further back than the rest of the comb. Breeds with Rose Combs: Wyandottes, Dominiques, Hamburghs, Sebrights

The single comb is the most common. It is a simple straight row of spikes beginning at the bird’s nostrils and sweeping back its head. Breeds with Single Combs: Rocks, Australorps, Cochins, Leghorns, Rhode Islands

Strawberry combs are very similar to rose combs, except that they form no point and are not as flat. They are raised higher and sometimes resemble strawberries, hence the name. Breeds with Strawberry Combs: Malays, Yokohamas

Breeds with V-combs have the appearance of little devils, with their long red horns. Breeds with V-Combs: Houdans, Polish, Sultans

Walnut combs look almost exactly like the nut. Big, pitted, and round, they can grow quite large and nearly cover their bird’s face. Breed with a Walnut Comb: Silkies

Can you tell the difference between these chickens based on comb? 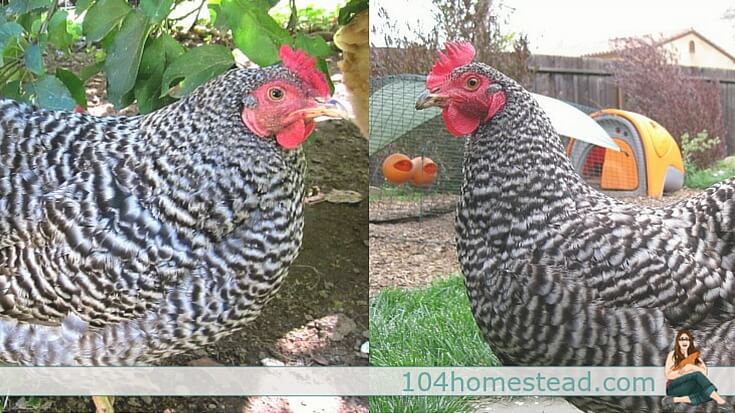 There are many different feather patterns that show up when birds have been mixed, but these are the most common and are deemed standard. Feather patterns can not only indicate the breed of a bird, but sometimes it can even tell you the bird’s gender. 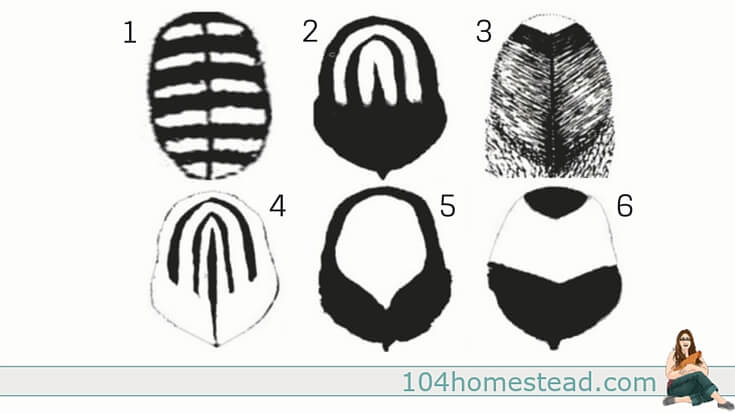 Barred simply means stripped. Birds with barred feathers can be used to create sex-linked offspring, meaning you can tell from hatch whether a chick is male or female. Breeds with Barred Feathers: Rocks, Creles

Mottled feathers are a lack of pigment in the feather tip, followed by a black band and then the bird’s standard coloring. Breeds with Mottled Feathers: Houdans, Leghorns, Polish

Penciled feathers have distinct lines that follow the contours of the feather. There can be anywhere from two to four lines on the feather. Breeds with Penciled Feathers: Hamburghs, Rocks

Single Laced feathers are very common in backyard chickens. Birds with these feathers look like every feather has a decorative trim on it. Breeds with Laced Feathers: Cochin, Wyandotte, Sebright

Spangled feathers lack pigment in the center of the feather. These feathers give the appearance of spots on the bird. Breed with Spangled Feathers: Hamburghs

Solid colored feathers are most common among backyard chickens. Birds with solid feathers can be a variety of colors, but each feather is one solid color.

Can you tell the difference between these chickens based on feathers? 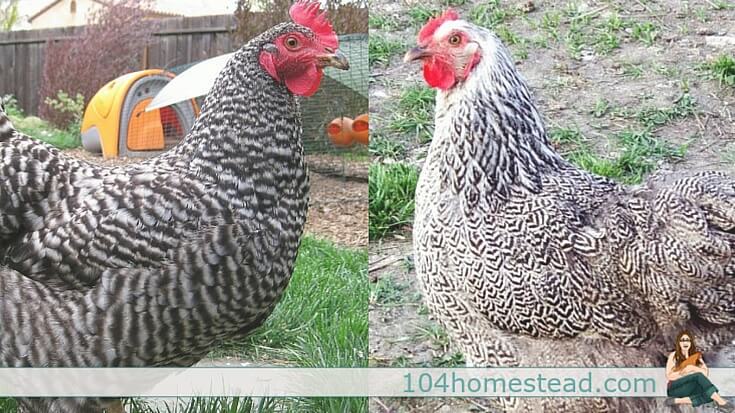 Both of these chickens are Plymouth Rocks. The one on the left is barred and the one on the right is penciled.

Also keep in mind, when trying to identify your mystery chicks, that some chickens have clean legs and others have feathered legs. Leg color may also help identify the breed. If you want to learn more about which breeds possess which characteristics, be sure to check out Henderson’s Breed Chart. It is the Bible of chicken breed standards. 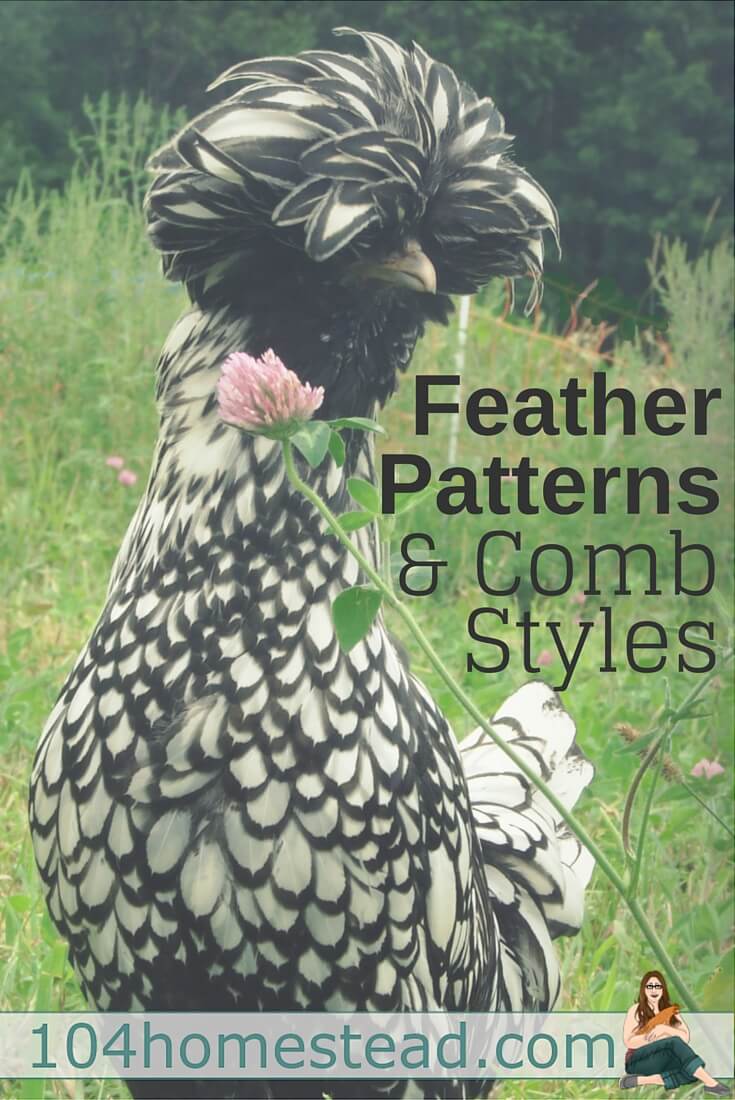 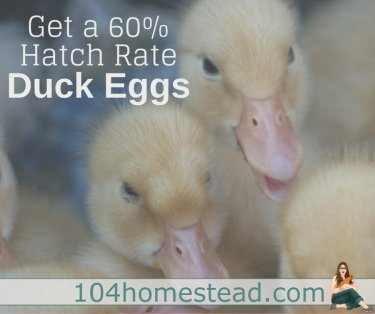 He's such a handsome and helpful boy. #catsofinsta